Eric Mizele Oct 13, 2021 Eric Mizele
BOOK I: Lost in a mysterious antediluvian forest after an airplane crash, a group of intrepid teenagers fight to survive inside the dark labyrinths of humans' origins.BOOK II: In 1930, John McCarver’s white Bugatti crossed an impressive viaduct at full speed and arrived at the coronation of His Imperial Majesty Haïlé Sélassié, the charismatic and proud ruler of Abyssinia (also known as Ethiopia). McCarver was an adventurous six-foot-tall African American genius professor and inventor at the Tuskegee Institute of Technology. The ceremony held in the royal castle was splendid. Eyes were astonished to witness the emperor’s entrance walking with a majestic domesticated lion. Dignitaries, emissaries, and renowned scientists from around the globe attended the spectacular event. The emperor, however, arranged a private meeting with McCarver during the ball that followed the ceremony.The emperor wanted the adventurer to track two extraordinary artifacts: The Pschent, the lost double crown worn by the Pharaohs of ancient Egypt. The second artifact was the real Sacro Catino, the emerald hexagonal Egyptian chalice that the queen of Sheba brought to King Solomon. The lost crown and the chalice were believed to have immense paranormal powers in Egyptian mythology.Dark forces however are tracking the same artifacts while the King's motivations are shrouded in mystery... 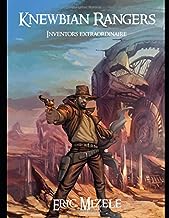